Dance’Bass invites duos that have worked a long time together, but also wants to lead on to creating new constellations. The festival’s first night presents just this – a duo formed at the initiative of the festival, and a duo that has been existing for many years. During Dance’nBass, Maria and Steinar will be meeting for the first time, first as cherished teachers of the Youth Course and then as a performing duo on stage. [divider]

[twocol_one]Maria Mebius Schröderis an improviser, dancer, choreographer and teacher from Göteborg, working as such for more than 25 years. She has performed with her own improvisation group Floke, collaborated in many performances with artists, poets, actors and musicians and worked with choreographers such as Birgitta Egerbladh, Kajsa Giertz, Palle Dyrvall and Julyen Hamilton. 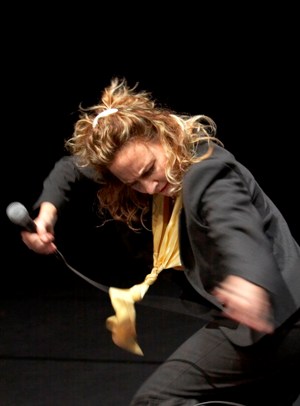 Steinar Raknes, one of Norway’s most established bass-players, he is even a songwriter and a singer. He plays within a wide range of music, from tango, to jazz and free-improvisation. He tours extensively with, among others, Skàidi, a duo with the jojk-singer Inga Juuso. In his own quartet, he mixes Norwegian folk-music with Latin-American influences. Steinar has played with Chick Corea, Michael Brecker, Per Texas Johansson and many others. Check out Steinar’s home-page where you may also listen to some great sound-tracks: www.steinarraknes.com [/twocol_one_last] [divider] [hr]

The evening’s veterans are Julyen Hamilton and Barre Phillips, both with a life-long love of and a dedication to the art of improvisation. [twocol_one] Julyen Hamilton, originally from Great Britain, has been living for many years in the Catalonian countryside outside Barcelona. He is very appreciated as a teacher and is teaching worldwide at dance educational programs. When touring, he performs solos, focusing mainly on improvisation/instant choreography in dance and text. Julyen is a real double bass fan and has collaborated with many eminent bass players: Wilbert de Joode, Jean-Claude Jones, Alexander Frangenheim, Vladimir Volkov, Rozemarie Heggen, and Jean Demey.
www.julyenhamilton.com 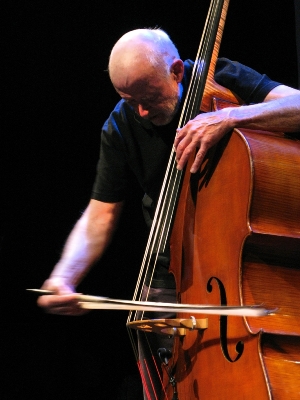 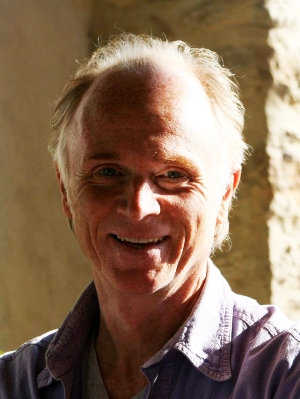 Barre Phillips is one of the most important precursors in free improvised music. His recording Journal Violone, from 1968, is the first solo double bass album ever to be released. Since then, he has continued developing his solo work, but he has also collaborated with many brilliant musicians. As a composer, he has created music for films and dance performances, and he continues touring. Barre is American, living in self-imposed exile; in the early Seventies, he fell in love with the South of France and it’s charm… and never made it back to the US. [/twocol_one_last]